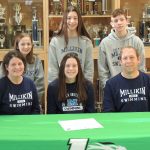 Kaitlin Yelaska has signed a letter of intent to attend Millikin University located in Decatur, Illinois, where she will compete in both swimming and triathlon for the Big Blue.  A 2-time captain, Kaitlin earned 4 varsity letters in swimming for the Lions and was named Bremen’s Most Valuable Swimmer in 2017.  Academically, Kaitlin was selected to the 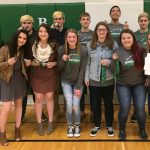 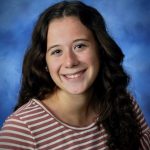 The National Interscholastic Swimming Coaches Association of America has recently selected its 2019 All American Academic Team.  Over 342,294 students are involved in aquatics at the high school level and only 2% of these athletes are recognized with All American status.  Bremen’s Katie Yelaska was named a 2019 NISCA Academic All American for her exemplary 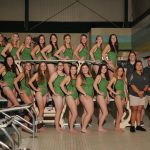 Bremen Girls Swimming & Diving completed their season placing 6th at Saturday’s Mishawaka Sectional.  Leading the way for the Lions were Kailey Simmons placing 4th and 6th in the 50 freestyle and 100 freestyle respectively and Kaitlin Yelaska who recorded two 8th place finishes in the 100 butterfly and 100 breaststroke.  The 200 freestyle relay

Rochester has canceled school due to icy road conditions and therefore tonight’s swim meet at Bremen has been canceled.