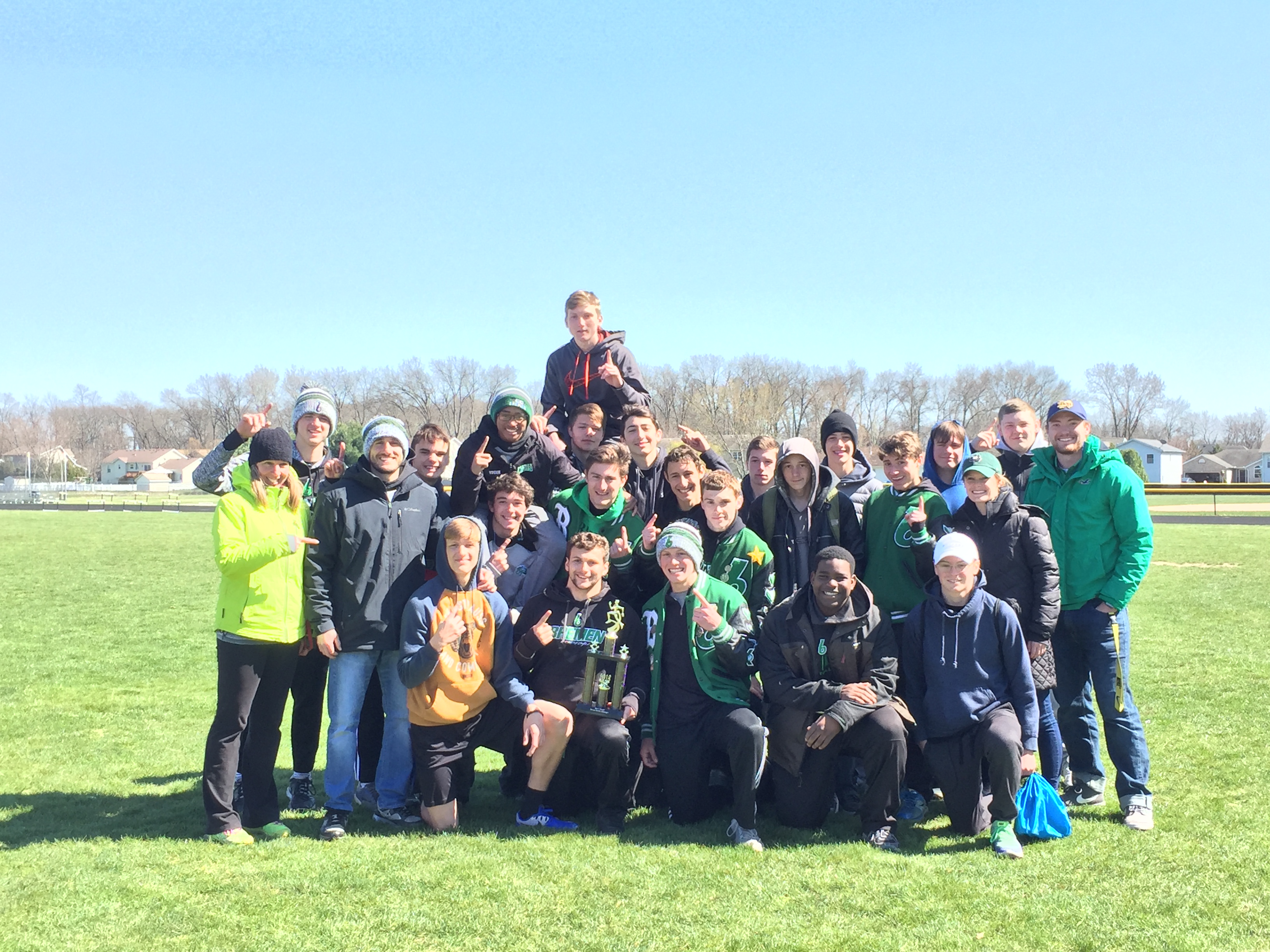 The Bremen Lions literally ran away with the Kouts Invite on Saturday beating the second place Kouts team by 48.5 points! It was a full team effort on the day and many of the boys achieved personal bests despite cold and windy conditions.

Senior Chase Carrico won the PV and also lead off the third place 4×100 Relay team and ran on the second place 4×400 Relay team. Junior Patrick Lacher became the champion in both the discus and shot with a personal best in the shot. Junior Evan Manges won the 110 hurdles, placed 2nd in HJ, and 3rd in the 300 hurdles. Junior Justin Zumbrun won the 300 hurdles, placed 2nd in the 110 hurdles, and 3rd LJ. Sophomore Evan Yoder won the 200 and lead off the 4×400 Relay.

Many other boys contributed in a huge way and stepped up to score points wherever possible for the team victory.

The boys will be back in action on Tuesday at John Glenn.