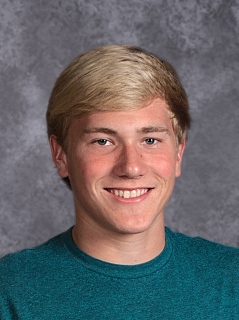 The Indiana High School Athletic Association and its member schools are making sportsmanship a top priority in education-based athletics.  As its cornerstone, the IHSAA formally recognizes acts of sportsmanship throughout the school year.  Student-athletes are expected to enter each contest with mutual respect for their opponents, coaches, officials, students and staff.   During the West Noble Tennis Invitational on Saturday, Tom Schermerhorn (WN Athletic Director) and the IHSAA, reported:

“In a championship match of the West Noble tennis invitational at #1 singles, Carson Miller of Bremen and Carson Kitchen of Huntington North were engaged in a tremendous match. There was confusion on a serve on whether it was called in or out in a tiebreaker The 2 young men met with the meet director and it was decided to replay the point. The competitive young men battled the last few points out before a winner was eventually decided. There was never any poor body language, excuses or words between the two players. After the match was decided they congratulated each other on a great match and continued to talk positively throughout the awards ceremony. It could of easily turned into a volatile situation, but due to the maturity of these two young men cooler heads prevailed. I have no doubt that these two student athletes will do great things some day.”

Thank-you Carson for your exemplary behavior on the court and being an good example for everyone who plays, coaches or sits in the stands at a Bremen athletic contest.