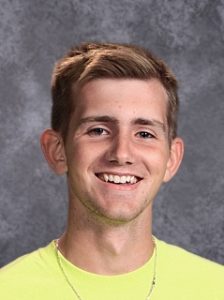 The Indiana High School Athletic Association and its member schools are making sportsmanship a top priority in education-based athletics.  As its cornerstone, the IHSAA formally recognizes acts of sportsmanship throughout the school year.  Student-athletes are expected to enter each contest with mutual respect for their opponents, coaches, officials, students and staff.   During the Bremen-Central Noble basketball game on Saturday, Jimmy Arnett (basketball official) and the IHSAA, reported:

“During the 12/28 game involving Bremen & Central Noble, there were several instances where players were hustling/diving after loose balls and playing tight defense in a very close game where contact was made and tempers COULD have flared. Reece Willis (#10 for Bremen) went out of his way to help an opponent up from the floor, shake his hand and make sure he was alright. It was a wonderful display of sportsmanship that we wish we saw more often!”

Thank-you Reece for your exemplary behavior on the court and being an good example for everyone who plays, coaches or sits in the stands at a Bremen athletic contest.