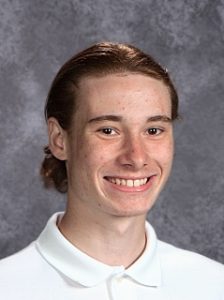 The Indiana High School Athletic Association and its member schools are making sportsmanship a top priority in education-based athletics.  As its cornerstone, the IHSAA formally recognizes acts of sportsmanship throughout the school year.  Student-athletes are expected to enter each contest with mutual respect for their opponents, coaches, officials, students and staff.   During the Bremen-LaVille football game on Friday, Rick Podell (football official) and the IHSAA, reported:

“Number 84 (RJ Simpson) from Bremen, following a kick-off a player from LaVille injured an ankle and was unable to make it off the field on his own.  The Bremen player and another LaVille player assisted the injured player off the field.  Truly an unselfish act by the Bremen player.  It was clearly spontaneous and a true act of sportsmanship.”

Thank-you RJ for your exemplary behavior on the playing field and being an good example for everyone who plays, coaches or sits in the stands at a Bremen athletic contest.