In Week 6, Bremen Football was the inhospitable host and dismantled the Knox Redskins 58-0.  Record 5-1. 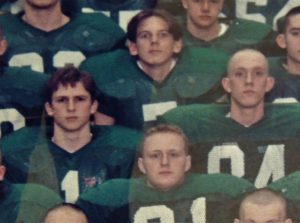 If you were a member of the ’94 team and planning to attend, please email Troy Holmes – Athletic  Director at tholmes@bps.k12.in

In 1994, Bremen sat atop of the Indiana football map when the Lions captured the IHSAA Class 2A Football State Championship.  This year marks the 25-year anniversary of this historic achievement in BHS history.  To commemorate this memorable moment, members of the state championship team will be recognized during the Bremen’s Homecoming festivities on Friday, October 4th.  We are excited for the opportunity to remember the 1994 Bremen football team and their magical season.